The Sky is Falling (Wormhole Changes)

The other day, CCP Fozzie posted a dev blog discussing the wormhole changes that will be coming with the Hyperion update near the end of August. The reaction to the majority of the changes have been positive, as there will be additional statics in C4s, K162s won't appear until you jump through the first time, there will be more wandering wormholes and there will be a new type of wormhole that only frigates, destroyers and double-bubbled HICs can traverse.

However, the biggest source of contention right now is the proposed changes to where you spawn when you jump through a wormhole. It is described as follows:

The next major change we are proposing to wormhole mechanics is a variable adjustment to the distance that ships appear at after jumping through wormholes.This change is intended to ensure that all attempts to control the local wormhole environment are open to risk of player disruption. We are not satisfied with how easy and safe it is to close wormholes that could potentially allow other players to interact with W-space operations, as the risk of player interaction should always be the main source of tension and danger in W-space.

CCP is not wrong in this regard. The ability to close off all incoming connections to your wormhole and safely run the sites is the opposite of what w-space should be. CCP wants to add an element of risk to the rolling procedure, and as such they have proposed a system that increases the distance you spawn from the wormhole with the higher amount of mass that your ship has. This means that Orcas and capitals, ships usually used for rolling, will be put at more risk as they won't spawn within immediate jump range.

I think what CCP might have underestimated was the amount of rolling that goes on to find new content as opposed to hide from it. I know that we will always roll our static if there is no interesting PvP or PvE opportunities in it. Now from my point of view, since we use battleships to roll our holes, these changes won't mean too much extra risk for us. For C5/6 corps that use capitals to roll their holes, that's a lot of ISK to put at risk when rolling, especially considering that they spawn further from the hole than battleships do.

However, how would you add risk to rolling holes for those trying to hide from other people while simultaneously not discouraging people from rolling holes to find new content? If I knew the answer to that, CCP might as well hire me on as a game designer. It's an interesting conundrum, there's no doubt about it.

One way CCP has added risk is by implementing these mass-regenerating holes for frigates and destroyers. Because they regenerate mass and have mass limitations on them, it will be next to impossible for someone to roll them to close them off. That means it's possible that using these small holes to gank site runners will be a new thing to do. I think that'll be pretty interesting! 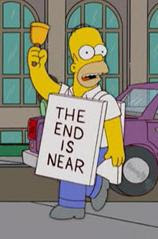 Finally, I don't know what is going on but it feels like the wormhole community has transformed into a bunch of WoW babies crying about these changes. They're crying about how the sky is falling just because of these changes, particularly the wormhole spawn changes based on ship mass. If you take a look at the EVE Online forums you'll see a bunch of people saying that this is going to ruin w-space and people are going to choose to POS up and log off instead of roll their holes.To me, this is unbelievable. If you have a dead connection, you'll roll it regardless of the spawn, because why not? If it's dead then you won't be risking your ship by jumping it through. It will make combat rolling much riskier, and maybe that's a good thing.

I'm interested to see how these changes pan out. Hopefully CCP will release more dev blogs on the topic soon! Until then, don't worry, the sky isn't falling. Be happy that CCP is turning their gaze towards wormholes and (hopefully) POSes too!
Posted by Unknown at 15:59