Recently quite a few people have been talking about the spike in PLEX prices, reaching a high of around 810 million Jita sell a few days ago. Kirith and Gevlon have recently analyzed the PLEX prices and player activity, respectively. Kirith's belief is that demand and supply have fallen; Gevlon believes only supply has fallen.

The truth is, both supply and demand have fallen but not at equal rates. Now as some of you may know, I am an economist in real life and my area of specialty is trade. After reading those two blog posts above, I decided to pull the data and do a miniature analysis of PLEX prices. I pulled the last year of PLEX data from EVE Market Data. The usual caveat about the analysis applies; it's only as good as the data, so I'm assuming that the data is relatively sound. 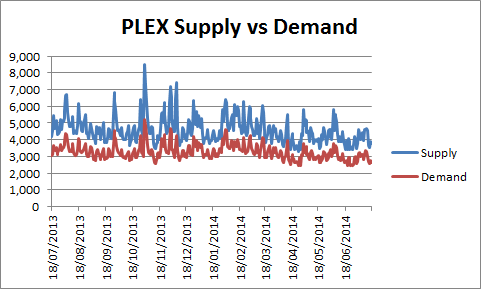 A cursory look at the quantity versus the number of orders over time shows that both the supply and demand have fallen over the past year. Also, interestingly, the supply is always higher than the demand. This has implications for the market that I will discuss later. 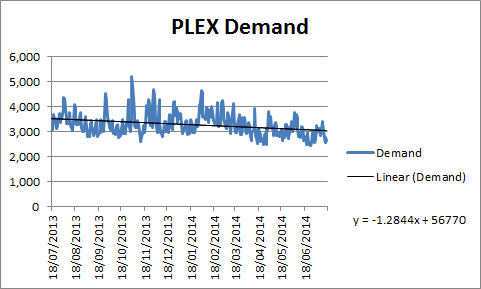 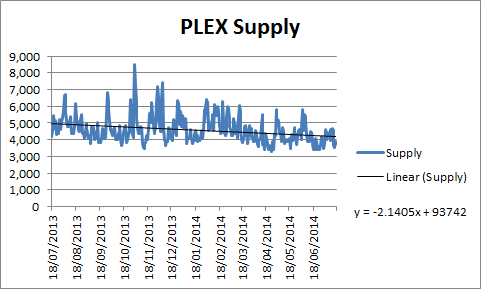 It's abundantly clear after applying a simple linear trend to the data that the supply of PLEX has fallen at a faster rate over the past year than the demand for PLEX. If you have taken a first year economics course at any university, you will know that supply falling faster than demand will increase the price of the good. However, you should also know that if we are at a point where there is more supply than demand, there should be downward pressure on the price of the good. So, we have two opposing market forces at work here. What do we observe happening in reality? 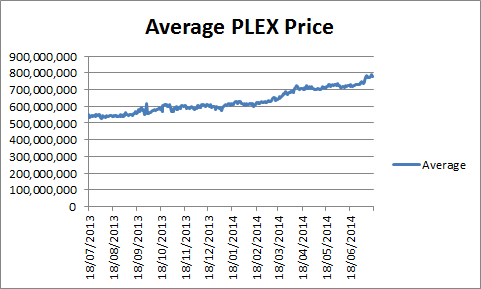 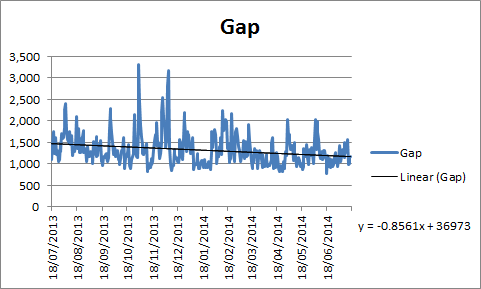 The average PLEX price has been steadily increasing over time. However, the gap between supply and demand has also been decreasing over the past year and has simultaneously become less volatile. So, what's been going on in the PLEX market? This is market correction happening in front of our eyes. We have a case of the market being outside of equilibrium. Luckily, the price impact of the decrease in PLEX suppliers has been off set by the fact that we have more PLEX supply than demand in the game. While the price has still been increasing, the fact that demand is less than supply means that we aren't seeing higher spikes in PLEX prices. In fact, the current PLEX spike is less than it would be if there were less PLEX suppliers in the market.

The (sort of) good news is that with the declining gap between suppliers and buyers, we will reach an equilibrium in the market at higher prices and a lower overall supply. An equilibrium in the market would mean that prices would stabilize, albeit at a higher price than they are at now. The bad news is that if the number of suppliers continues to decrease after reaching that equilibrium, we're going to see much higher spikes in PLEX prices in the future. If we continue on our current trend, we could be seeing PLEX prices at 1 billion ISK in one year from now. We don't know how long it will take for the market to stabilize. Only time will tell.
Posted by Unknown at 11:18